Warning: count(): Parameter must be an array or an object that implements Countable in /home/customer/www/theurbanfarmers.org/public_html/blog/wp-content/themes/Extra/includes/template-tags.php on line 54

While it seems that there is an endless supply of food in the United States, the poor and the impoverished find themselves lacking access to food, never mind healthy food. Buying fresh, organic produce is beyond the reach of many such workers.

Today, a third of the planet’s food goes to waste — enough to feed two billion people.

That food is wasted at every stage from farm to table, sometimes just because of how it looks.

In fields, unpicked, “ugly” produce is left to rot. In grocery stores, workers reject blemished (but edible) fruits and veggies. And in our own homes, we ignore leftovers and throw out perishables before they’ve expired.

Food waste is a moral issue — as National Geographic points out, this wasted food could feed the 800 million people who are starving worldwide twice over. Earlier this year, the magazine looked at data from the Food and Agriculture Organization of the United Nations, and found that some food items are wasted more than others.

Source: Types of food the world wastes most – Business Insider 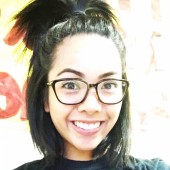 I am the AmeriCorps VISTA member partnering with The Urban Farmers for the year.

Say hello. You are stranger only once.

You have Successfully Subscribed!